Spooner the Bear - Children's Board Book 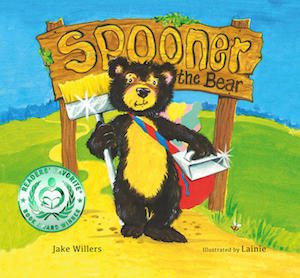 Get Your FREE Copy Today!

"Spooner the Bear is a children’s animal/picture book written by Jake Willers and illustrated by Lainie Bazzoni. Spooner is a young bear who lives quite close to a small town. The other local bears have gotten used to the idea of getting their food from the trash cans sitting outside the houses every night, and they make a terrible mess as they overturn the cans in their search for treats. Spooner and his friend, Fitzgerald the squirrel, travel to all the nearby towns looking for the messes the marauding bears leave and cleaning them up. At one point, they meet up with a giant bear named Rex, whose stomach is full of garbage from the cans he’s raided. Spooner tells Rex that he’s doing it all wrong. Bears should eat berries and greens, not garbage. Spooner also has a message for the humans he helps each night. If they use bear-proof containers, the bears would leave their garbage alone, and he and Fitzgerald could enjoy themselves at the lake instead of always having to clean up. Jake Willers’ children’s animal/picture book, Spooner the Bear, is an entertaining and informative book about ways to make co-existence between people and bears work. Bears can’t resist the smells and tastes that exude from those garbage cans, and the resulting mess and unwanted interaction between species can easily be prevented. Lainie Bazzoni’s illustrations are superb! I love the colors and images of the natural places that she portrays, especially those featuring the lake and hillsides. Each panel is brightly and boldly colored, and the bears are a treat to look at, especially Spooner and the giant Rex. This book teaches kids and their parents about bears and how human food and trash is a big lure for them. Spooner the Bear is most highly recommended." 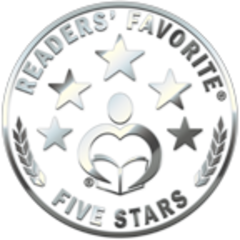